London tends to the main destination for international families but we offer a nationwide service and have seen increasing numbers of families looking to move into different parts of the UK.

But for families moving outside of London, what are the options? Are there international schools in other major cities, for example Birmingham, Manchester, Liverpool or Edinburgh?

The short answer is no. The main international schools, including the ACS family, are grouped in Greater London.

However, many regional British independent schools have an active international division including English language support – and some even offer international qualifications, such as the International Baccalaureate and support families with university level examinations in the US system.

Likewise, the English state system, though less pro-active in seeking to help international families, will find a place for any child who is legally resident in the UK, and provide any additional support they need to successfully access the curriculum.

Many cities also have weekend and after-schools clubs that allow students to access their home language and cultural in a formal setting.

There are some families with children at more critical points of their education career, especially in high school, who now look to board their children in one of the London international schools on a weekly or full-time basis.

The British government is today announcing a major reform of the English school system, ordering all state schools to become academies by 2022.

This is both a long term investment / gamble on a key element of the nation’s infrastructure and a response to England’s poor standing in international league tables.

The reforms do not impact on the rest of the UK. 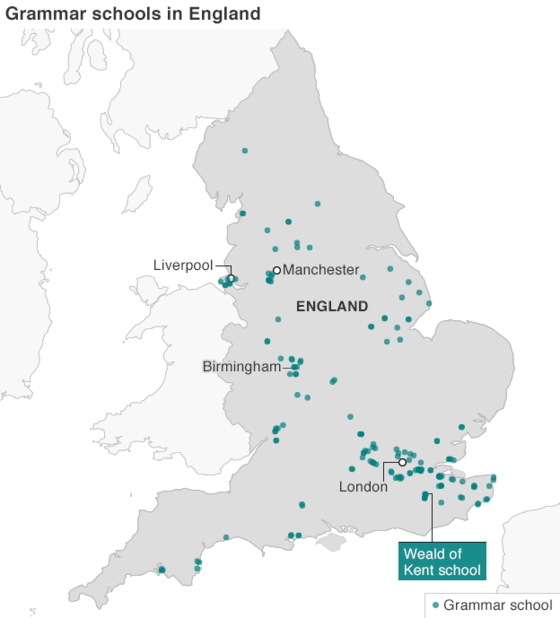 What is an academy?

An academy is a state funded school that works independently of the local authority and draws the bulk of its funding from central government.  Academies were first introduced in Tony Blair’s Labour government, aimed at improving the performance of poorly performing state schools by giving management autonomy to make decisions to improve them.

David Cameron’s Tory administration has taken this further by insisting that all state schools become academies.

How many schools are currently academies?

60% of state secondary schools have converted to academy status, but only 1 in 7 of state primary schools.  For the primary sector, this will be a massive reform.

Is there strong evidence that schools perform better if they have academy status?

Results are mixed at the moment.  The principle of allowing state schools to work independently of local authority control to improve standards is enticing and in some cases there have been very successful results.

But there has also been evidence of mis-management and corruption within academy bodies and many schools still failing to improve at satisfactory rate.

It is also hard at the moment, to get reliable data that shows a clear comparison between the performance of schools under local authority control and academies.

What are the key elements of the proposed reform?

Moving all schools out of the control of the local authority for the first time since 1902.

Providing funding for schools to stay open later to allow children to have a longer school day.

Schools will no longer have to teach the National Curriculum and can set their own teaching agendas.

The reforms will have a major impact on the pay of teachers, as schools will be allowed to set their own pay levels.

How will this impact relocating families?

This reform should allow families more choice when moving to an area to look at state schools.

However, removing schools from local authority control will also allow them freedom in how they set their admissions policies, so there is a danger that this will be come much more complicated for families.

Also because academies are still not a unqualified success, there is a question mark over how this will impact the quality of teaching within schools.  The government is hoping that all schools will rise to a higher plateau, whereas it is probably more likely that peaks and troughs will become sharper.